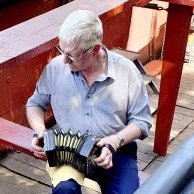 By Paul Woloschuk
April 11, 2006 in Teaching and Learning