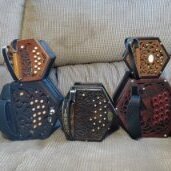 By Geraghty,
November 19 in Buy & Sell