Looking for solutions to ergonomic problems and options for replacing or improving my New Model EC. 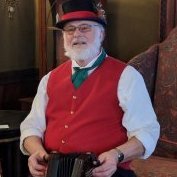