drying out a concertina played in the rain 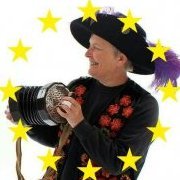