been away for a while 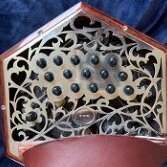 By Marcus,
September 7, 2018 in Teaching and Learning