How Long Have You Played Your Concertina? 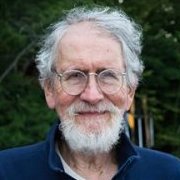 By Mike Franch
May 20, 2013 in General Concertina Discussion