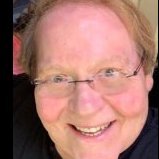 By StephenTx,
February 12, 2012 in Concertina History